Fermilab benefits from 35 years with the National GEM Consortium 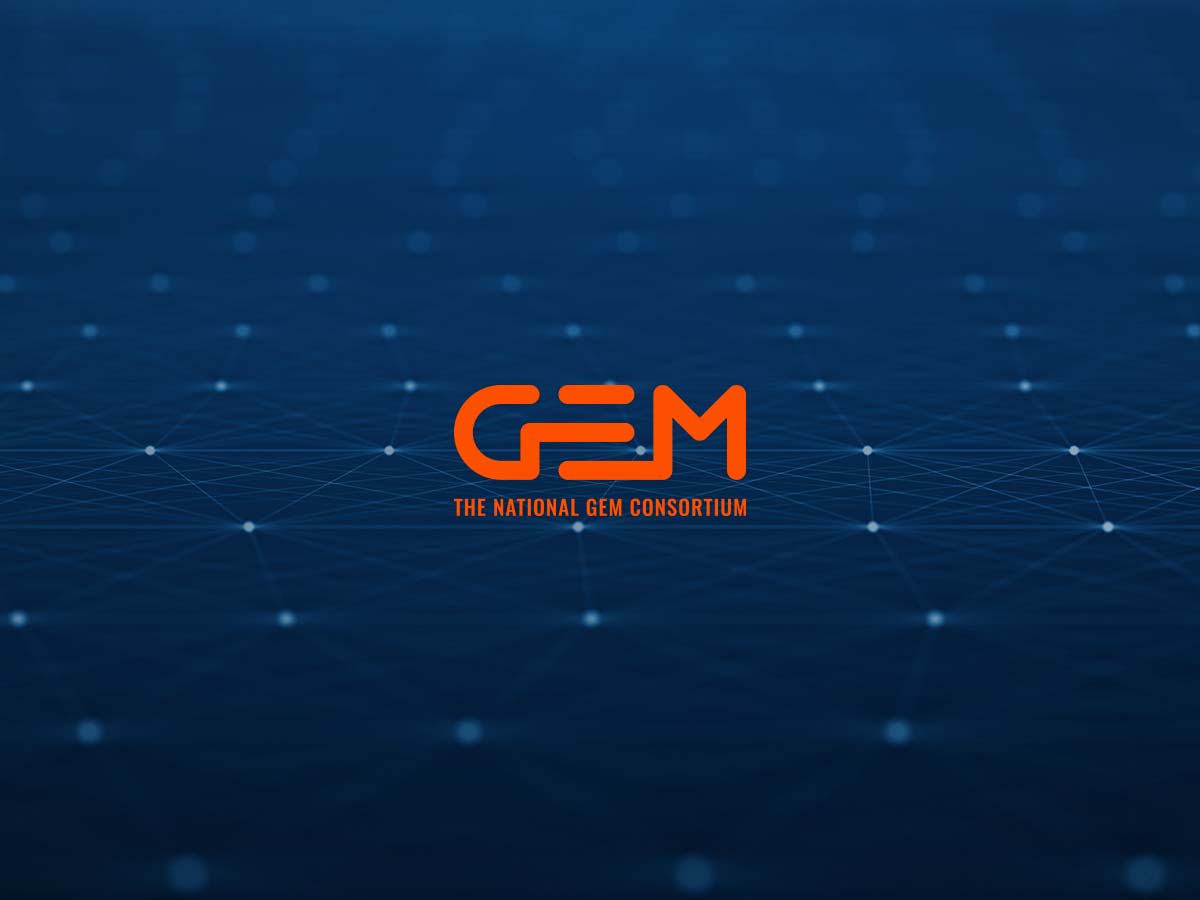 The National GEM Consortium, a nationwide coalition of universities and employers, offers fellowships and internships to African American, Hispanic and Native American individuals to help them obtain advanced degrees and connect to careers in science and engineering. For 35 years Fermilab has been allied with GEM as one of the lab’s chief pipelines to build a diverse workforce.

The longstanding relationship ensures that Fermilab can solve new problems in physics and engineering with a dynamic arsenal of perspectives. In return, the lab is proud to offer participants specialized training, rare experiences and, to some, full-time jobs in high-energy physics.

“This is not just some simple little internship where you get a job and you go home,” said Maurice Ball, Accelerator Systems Group leader. “This is the forefront of technology, and you’re working alongside people who are at the top of their field.”

Ball organized a tour of Fermilab in October for potential GEM participants as part of a Getting Ready for Advanced Degrees Lab (GRAD Lab). This workshop, co-hosted by Fermilab, Northwestern University, Michigan Technological University and University of Illinois at Chicago, was one of 15 GRAD Lab events scheduled across the country.

Dianne Engram, manager of the Equal Opportunity and Diversity Office, is especially proud of GRAD Lab. She helped create the original concept of the program.

Ball arranged their visit to include a visit to the SRF accelerator test facility, Linac Gallery and the Main Control Room, with engaging technical explanations from scientists and engineers who work there. Fermilab was also honored by the attendance of Howard Adams on the tour. Adams co-founded GEM in 1976, having served as its executive director from 1978 to 1994 and is a recipient of the Presidential Award for Excellence in Science, Mathematics, Engineering and Mentoring.

Ball was eager to help out at the event, paying forward what he personally owes to GEM. He first came to Fermilab as a GEM intern in 1990 and was hired full time as a fluids engineer in 1994. He helped design and build cooling systems for the newly proposed Main Injector and has since ascended a path of leadership roles to his current position.

“When you listen to GEM alums,” Engram said, “they say what keeps them here is the excitement of the science and their ability to be real contributors from day one.”

The Equal Opportunity and Diversity Office is now in the process of selecting the next pair of GEM interns. These individuals will start at the lab next spring.